Full Name
Ralph Baxter
Job Title
Conferernce Chair
Company
Legal Business Strategy
Speaker Bio
Ralph served as Chairman & CEO of Orrick for nearly a quarter century, leading the firm as it expanded, diversified and extended its geographic reach, transforming from a domestic firm with California origins to become one of the world’s most prominent global law firms, with more than 1,100 lawyers in 25 offices across the United States, Europe and Asia.

The American Lawyer named Ralph one of the “Top 50 Big Law Innovators of the Last 50 Years.” In naming Ralph among the “Most Innovative Managing Partners,” Law360’s editors said Ralph “has left an indelible mark not only on [Orrick]… but also the larger practice by upending traditional career models, rejiggering payment structures and transforming the business of law in many other innovative ways.”

Recognized as one of America’s “100 Most Influential Lawyers” by The National Law Journal, Ralph has long been a frequent speaker on business leadership and the evolution of the legal profession. He is the founder of the Law Firm Leaders Forum, one of the most significant gatherings of law firm leaders that annually examines the critical issues facing the legal profession.

Before becoming Chairman and CEO, Ralph practiced employment law and led Orrick’s highly regarded Employment Law Department, which he founded as a second year associate. He was recognized as one of the “Nation’s Best Litigators in Employment Law” by The National Law Journal, acting as trusted advisor to Fortune 50 clients. During his years as a practicing lawyer, he lectured and wrote extensively on developments in the law, and testified on employment law issues before the California State Senate and the U.S. House of Representatives.
Speaking At
Open Access: Utah, California, Arizona, Oh My. What Changes to Law Firm Ownership Rules Really Mean
Data Analytics From the Top Down: What GCs, Law Firm Leaders and the C-Suite Should Know About Data Analytics
Change Management: How to Get Lawyers and Staff to Buy-In to Change 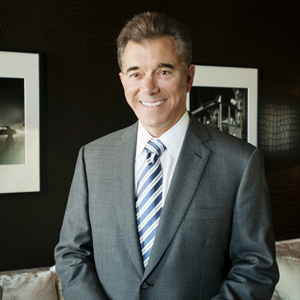