Full Name
Annette Bernstein
Job Title
Vice President, Deputy General Counsel
Company
AIG
Speaker Bio
Annette Bernstein is Vice President, Deputy General Counsel in charge of AIG’s Labor & Employment Group, which includes Employee Relations for the Americas. Annette is responsible for advising on workplace-related issues involving Title VII, ADEA, Wage/Hour, Diversity & Inclusion (D&I), employee investigations, performance management, hiring and termination including reductions-in-force, unfair competition/raiding, and employee benefits, among other issues. Annette was a speaker at the 26th Annual General Counsel Conference on employment arbitration programs and participated in the Annual ABA Employment Law Conference as a panel speaker on the rights of transgendered employees in the workplace.
Annette partners closely with AIG’s D&I team in the development of the Company’s D&I initiatives and is very proud of AIG’s recognition by Diversity, Inc. as a Top 50 Company for the second year in a row.
Prior to joining AIG in 2010, Annette was an Associate General Counsel at MetLife, where she counseled the retail sales operations. Annette led an employment team at MetLife that obtained one of the largest recorded FINRA awards at the time involving claims of unfair competition.
Before joining MetLife, Annette was an associate at Morgan, Lewis & Bockius in its Labor and Employment Group. Annette received her Juris Doctor at Fordham University School of Law and her B.A. at the University of Virginia.
Speaking At
When Opportunity Knocks: As GCs Actively Seek Diverse Counsel, How Do You Get the Work? 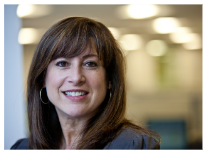