Full Name
Olivier Sigg
Job Title
Partner
Company
Walder Wyss Ltd
Speaker Bio
Olivier Sigg is a partner in the Private Clients team as well as an experienced employment lawyer. He has nearly fifteen years of experience in these areas of practice. He is known, both in Geneva and in London, where he worked for one year, as an expert in complex crossborder matters and is regularly instructed by foreign lawyers, in particular from common law jurisdictions.

Olivier Sigg studied at the Universities of Geneva and Berne. He graduated in 2002 and was admitted to the Bar in 2005. Prior to joining Walder Wyss, he worked in Geneva and London as an associate in another major Swiss law firm of which he became a partner in 2015. His work experience also includes a secondment in the International Private Wealth Group of a prominent London law firm.

In 2012, Olivier Sigg was appointed as a conciliatory judge with the Geneva Labour Court, and prior to that worked as a clerk with the same court for eight years. Earlier in his career, he worked at the Geneva Court of Appeal.

Olivier Sigg is ranked as a leading private client lawyer by Chambers HNW, Legal 500 and Who’s Who Legal. He has been described by Legal 500 as a 'savvy litigator' who is 'sought after for his personable manner and precise answers given in record time'. 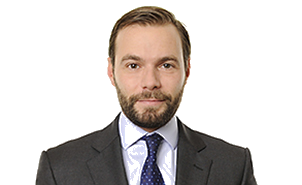