Ms. Krall started her career as an engineer at IBM where she worked for 12 years and held various positions in both the engineering and legal departments, supporting IBM’s server, storage and global services divisions.

Ms. Krall earned a Bachelor’s Degree in Electrical Engineering from Manhattan College, a Master’s Degree in Computer Science from Iona College and a Juris Doctor from Denver University. 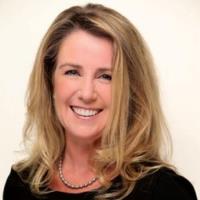