Full Name
Adam Emmerich
Job Title
Partner
Company
Wachtell Lipton
Speaker Bio
Adam O. Emmerich practices in Wachtell Lipton's corporate department, focusing primarily on mergers and acquisitions, corporate governance and securities law matters. His practice has included a broad and varied representation of public and private corporations and other entities in a variety of industries throughout the United States and globally, in connection with mergers and acquisitions, divestitures, spin-offs, joint ventures and financing transactions. He also has extensive experience in takeover defense.

Adam is recognized as one of the 500 leading lawyers in America by Lawdragon, one of the world’s leading lawyers in the field of Mergers and Acquisitions in Chambers and Partners, an expert in each of M&A, Corporate Governance and M&A in the real estate field by Who's Who Legal, and as an expert both in M&A and in Corporate Governance by Euromoney Institutional Investor’s Expert Guides. Adam was named one of Hollywood's Top 20 Dealmakers of 2017 by The Hollywood Reporter and has also been profiled together with Robin Panovka by Lawdragon for their work in our REIT and real estate M&A practice.
Speaking At
Co-chair opening remarks
Law firms marketing surgery: Ensuring your brand thrives
Chairmans closing remarks 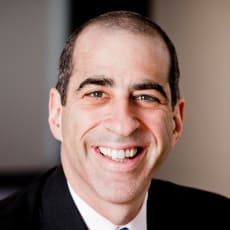