Megan C. Ryan, Esq. serves as Executive Vice President and General Counsel for NuHealth/NUMC. She is the corporation’s Chief Legal Officer, overseeing all legal, corporate governance, privacy and ethics functions. Ms. Ryan has served as NuHealth/NUMC’s Chief Compliance, Privacy and Ethics officer responsible for investigating any suspicion of fraud, waste, or abuse and has been responsible for maintaining our strong compliance program since 2016. Additionally, she has served as the Chief Compliance Officer for the Nassau Queens Performing Provider System (“NQP”) in the New York State Delivery System Reform Incentive Payment Program (DSRIP) implementing and overseeing the execution of DSRIP, compliance practices at the NQP level and its partnering hubs (NUMC, North Shore and Catholic Health Systems).

Ms. Ryan brings a wealth of experience and impressive achievements, with extensive academic and legal skills that have prepared her well for the challenges and opportunities of this crucial position. Ms. Ryan is admitted to the New York State Bar and the United States Supreme Court. Prior to joining the Nassau Health Care Corporation, Ms. Ryan served as in house corporate counsel for Liberty Mutual Insurance Company at the firm of Martyn, Toher and Martyn. She had previously worked as an associate attorney in the law firm of O’Reilly, Marsh and Corteselli, P.C., concentrating on banking, real estate, and litigation matters.

Ms. Ryan earned her Bachelor of Science degree from Fordham University as a Dean’s Scholar and Biology Chairman Circle honoree and earned her Juris Doctor from Saint John’s University School of Law. She is a member of the Nassau County Bar Association, Nassau County Women’s Bar Association, New York State Bar Association and the American College of Hospital Executives. Her paper entitled “An Examination of Regulations and Decisions Concerning the Mandatory Retirement of State Judges” was published nationally in Court Review and was awarded first prize by the AJA. She is also a member of the Nassau County Women’s Bar Association. Ms. Ryan is the recipient of the 2016 Long Island Power Woman Award. In 2017, Ms. Ryan presented at ALM’s national General Counsel Conference on the matter of “Building a High Value Corporate Legal Department in Transformative Times”. She was recognized as a Power Woman in Business in 2016 and a LIBN Leader in the Law in 2017. Megan was distinguished as a “Forty Under Forty “Award recipient in her role as General Counsel in 2018. 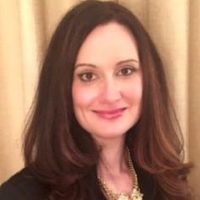