Stephen D. Palley is a partner in the Washington D.C. office of Anderson Kill. A seasoned trial lawyer and litigator with extensive experience in insurance recovery, Stephen also has significant hands-on software development and design experience. He is co-chair of Anderson Kill's recently launched Blockchain and Virtual Currency group, a cross-disciplinary team providing counsel to Blockchain entrepreneurs and investors in areas including litigation, trial practice, insurance coverage, tax, intellectual property, corporate/transactional and employment law. Stephen has written and been quoted widely on legal issues arising from the use of Blockchain technology, with appearances in both print and television media. 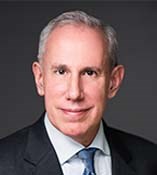