As a reflection of Ms. Endelicato’s accomplishments, her extensive trial experience has afforded her membership in the prestigious American Board of Trial Advocates, among a nominal number of women in the United States. Most recently, Ms. Endelicato was awarded a 2020 Women, Influence & Power in Law Award for Lifetime Achievement in the law firm category from Corporate Counsel. This award honors top women lawyers who have made a remarkable difference in the legal profession. Ms. Endelicato has also been honored with inclusion in the 2020-2022 editions of Best Lawyers in America© as a result of her work in healthcare litigation in Los Angeles. Ms. Endelicato is a recipient of the 2017 Business Insurance and CLM Women to Watch Award. She received Lawyer Magazine’s 2017 Legal Award for Elder Abuse Litigation and a 2018 Women in Law Award for Private Commercial Litigation. Additionally, Ms. Endelicato has been named by the Los Angeles and San Francisco legal newspaper, The Daily Journal, as one of the Top 100 Women Lawyers in California. She has additionally been honored by the Los Angeles Business Journal as one of the Top 50 Most Influential Women Lawyers. She has also been recognized by Los Angeles Magazine as one of the Top Women Attorneys in Southern California.
Speaking At
Confronting Confidentiality: The Changing Scope of Protective Orders and Filing Documents Under Seal 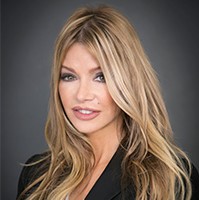