Sara Cockerill was educated at her local C of E junior school before being awarded a full local authority scholarship to attend Lady Eleanor Holles School in Hampton. She studied Law at St Anne’s College, Oxford, gaining a first class degree in jurisprudence in 1989 and being awarded the University’s Eldon Scholarship.

She was called to the Bar in 1990 (Lincoln’s Inn) and appointed Queen’s Counsel in 2011. She has practiced at the Commercial Bar from 1991 to 2017 as a member of Essex Court Chambers, gaining wide experience in international commercial law in a variety of courts and arbitration tribunals. Her particular specialisms at the Bar included the range of disputes which arise from shipping and international trading transactions, insurance and reinsurance claims, conflicts of law and compelled evidence in civil proceedings. She is the author of “Compelled Evidence in Civil Proceedings” (2012 OUP).

Prior to her appointment she sat as an arbitrator in a variety of arbitral proceedings and since 2016 as a Deputy High Court Judge in the Commercial Court and Administrative Court. She is a keen student of medieval history: her biography of Eleanor of Castile was released in 2014 and a biography of Eleanor of Aquitaine will follow in 2019. 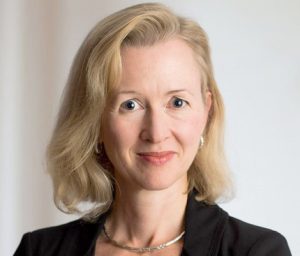