Full Name
Professor Lilian Edwards
Job Title
Chair of Law, Innovation and Society
Company
Newcastle University
Speaker Bio
Lilian Edwards is a Scottish UK-based academic and frequent speaker on issues of Internet law, intellectual property and artificial intelligence. She is on the Advisory Board of the Open Rights Group and the Foundation for Internet Privacy Research and is the Professor of Law, Innovation and Society at Newcastle Law School at Newcastle University.

Edwards is a leading academic in the field of Internet law.[2] She has taught information technology law, e-commerce law, privacy law and Internet law at undergraduate and postgraduate level since 1996 and been involved with law and artificial intelligence (AI) since 1985.[3]

She has co-edited (both with Charlotte Waelde and alone) four editions of a textbook, Law and the Internet (later Law, Policy and the Internet); the fourth edition appeared in 2018.[5][6] She won the Barbara Wellberry Memorial Prize in 2004 for work on online privacy and data trusts.[4][7] A collection of her essays, The New Legal Framework for E-Commerce in Europe, was published in 2005.[4] She is Associate Director, and was co-founder, of the Arts and Humanities Research Council (AHRC) Centre for IP and Technology Law (now SCRIPT).[4] Edwards has consulted for the EU Commission, the OECD, and WIPO.[8]

Edwards co-chairs GikII, an annual series of international workshops on the intersections between law, technology and popular culture.[9]

Edwards is Deputy Director of CREATe, the Centre for Creativity, Regulation, Enterprise and Technology, a Research Councils UK research centre about copyright and business models
Speaking At
Opening keynote: Examining the Ethics of Technology and Artificial Intelligence 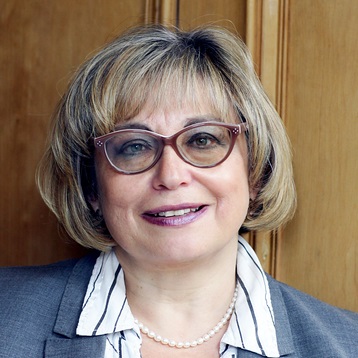