Before joining Kobre & Kim, Ms. Sheehan served as a prosecutor at the U.S. Department of Justice as an Assistant U.S. Attorney for the U.S. Attorney's Office for the Southern District of Florida. Most recently, she served as Deputy Chief of the Asset Forfeiture Division for that office, where she was responsible for overseeing complex cross-border investigations related to international corruption, foreign bribery, white-collar fraud, narcotics trafficking, organized crime and violations of anti-money laundering laws.

During her tenure at the Department of Justice, Ms. Sheehan worked for over six years to litigate the complex forfeiture matters related to the infamous $1.4 billion fraud scheme led by Scott Rothstein. The prosecution and forfeiture resulted in the successful conviction and imprisonment of 29 total defendants, and concluded in the full restitution of the hundreds of victims involved. As a result of her work in this case, Ms. Sheehan was awarded the 2016 U.S. Attorney General’s Distinguished Service Award and was a semi-finalist for the 2010 Daily Business Review’s Most Effective Lawyers Award for Criminal Justice Category. 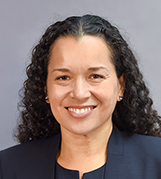