Full Name
Marcus Dearle Dearle
Job Title
Partner, Head of Family Asset Protection
Company
Bryan Cave Leighton Paisner
Speaker Bio
Marcus is one of the leading family lawyers in Hong Kong and Asia. In the last 10 years he has acted in more ground-breaking family law cases that have gone to the Hong Kong Court of Appeal and/or the Court of Final Appeal than any other solicitor - including acting for Florence Tsang in 2011/2012 resulting in the biggest litigated divorce award in Hong Kong history - and representing the trustee in the landmark 2014 Hong Kong Court of Final Appeal case of Otto Poon, a case which the FT reported as having “Rattled the Trust Industry” in Hong Kong.
Marcus is qualified in Hong Kong, England & Wales and the BVI. He is Vice Chair of the International Bar Association Family Law Committee and is a Fellow of the International Academy of Family Lawyers (IAFL): IAFL is a worldwide association of practising lawyers who are recognised by their peers as the most experienced and skilled family law specialists in their respective countries.
He was shortlisted in 2018 for the prestigious UK Lexis Nexis Family Law International Family Lawyer of the Year Award. In 2017, 2018 and 2019 he was listed in Legal Week’s Private Client Global Elite directory. He is also listed in Who’s Who Legal in 2018 and 2019 and was named as one of the “top 10” family lawyers in 2015 in Hong Kong by Spears Asia Magazine.
He is recognised as a leader in the field, and has been for every year since the family section was introduced, in the Family/Matrimonial law section of Chambers Asia Pacific in which he has been praised for being “patient and meticulous” and the directory has also stated, ‘Sources respect his assessment of a case saying, “When he speaks, you listen because he invariably gets the case spot on.”’
In 2016 Marcus moved his practice from Withers to BLP (now BCLP after its 2018 merger with Bryan Cave) to form a brand new Family Asset Protection team at the firm as a partner and global head of the group. He is based in Hong Kong, but he and his team uniquely work simultaneously on both London and Hong Kong HNW and UHNW family law cases. Many of his cases also have a US element and he works closely with BCLP’s numerous US offices.
He lectures widely at international conferences (in particular for Legal Week, IBA and STEP), has regularly written for the London Times and has been interviewed on international news networks, including by the BBC.
He embraces innovation and is pioneering the use of predictive coding technology utilising Artificial Intelligence for cutting-edge discovery in family law cases and is developing the use of process technology in the preparation of pre and post nuptial agreements.
Speaking At
Take a Letter Maria: Attacks on estate planning when marriages end and before the horse has bolted 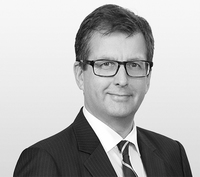