He has dedicated his over twenty years of experience in the legal industry to advising high net worth (HNW), ultra-high net worth (UHNW) and institutional Latin American families in respect of trust and fiduciary structures as well as to establishing investment funds for Latin American fund managers. Martin’s investment funds practice focuses on the establishment of, and on-going advice to, offshore hedge funds, private equity funds and real estate funds for a range of investment managers and financial institutions and it covers he whole spectrum of fund structures, strategies, and situations. Mr. Litwak has also been active in international cross border transactions, such as multi-jurisdictional mergers and acquisitions

Mr. Martin Litwak has successfully established Untitled into an award-winning, law firm that is highly specialized in wealth structuring, multi-jurisdictional transactions, investment funds and corporate matters. Under the direction of Mr. Martin Litwak, Untitled has emerged as one of the premier boutique, regional law offices in Latin America.

Mr. Litwak has authored and co-authored several articles published in legal publications and journals in Latin America, the United Kingdom and the United States on a wide variety of issues in the investment funds and wealth management industries. He is also a frequent speaker at regional and international conferences and seminars and media collaborator.

In 2018, he launched his first book on wealth structuring, “How wealthiest people protect their assets and why we should do the same”. This book demystifies the so-called offshore jurisdictions, also known as “tax havens”, and at the same time offers a practical guide for efficient wealth structuring.

Mr. Litwak is an active member of the American Bar Association (International Section) and the Society of Trust and Estate Practitioners (where he currently serves as the chairman of the South America branch). He is also the head of the “Team BVI LatAm”, a board of advisors to BVI Finance and a regional director of the Hedge Fund Association for Latin America.

During his extensive career, Mr. Litwak was recognized by prestigious publications such as Who’s Who Lawyers, Chambers & Partners, Legal Week, Euromoney and IFLR1000.

Only in 2017, Mr. Litwak was featured in the editions of the “Who’s Who Legal” for Private Funds and Mergers and Acquisitions and included in the Legal Week‘s “Private Client Global Elite” list. 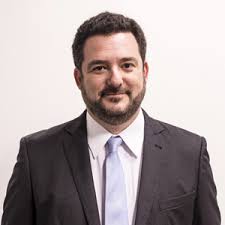