He has over 25 years experience at Appleby, starting in the capacity of Manager of the Corporate Practice Group. Eduardo’s duties were expanded in April 1997 to also include the management of the Trusts Practice Group and again in 2000 to include the management of the Global LatAm Business Development team. Since then, he has successfully participated in extensive business development exploration in major Latin American and Iberian economies, such as Argentina, Brazil, Colombia, Mexico, Panama, Peru, Portugal, Spain and Venezuela.

In addition, he was instrumental in bringing the Latin American Risk and Insurance Management Association´s (ALARYS) Congress to Bermuda in 2004, 2010 and 2016, the only times the conference has been held outside Latin America, and was appointed as ALARYS Vice President-Marketing and Diffusion since 2010.

Eduardo was born in Mexico City and obtained his Economics and Certified Public Accounting post-graduate degrees at the Universidad Nacional Autónoma de México (UNAM), with further studies on International Economics with the University of Maryland, USA.

He is fluent in English and Spanish, and possesses an advanced working knowledge of Portuguese and Italian.
Speaking At
Around the World (In 80 Days): Interactive boardroom discussions 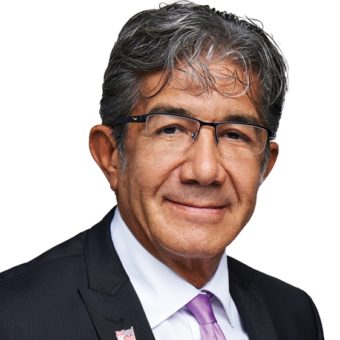