Vikna Rajah is a partner at Rajah & Tann and is recognised as a leading lawyer in both Tax and Trust & Private Client practices. He is praised in the legal directories as being an “experienced litigator” with “extensive tax knowledge”, who is “an extremely intelligent man” and is “excellent to work with”. Vikna, who also has a degree in accountancy, led the tax practice to clinch Singapore’s Tax Disputes and Litigation Firm of the Year (Asia Awards, International Tax Review 2017). In addition, he was recently recognised by The Asia Legal Awards 2017 as Private Client Lawyer of the Year. He is recommended by Chambers High Net Worth Guide 2016 as a leading individual in Tax and in Chambers Asia Pacific (2016 Edition) as a recognised practitioner in Tax. The Legal 500 Asia Pacific (2016 Edition) ranks him as one of only two individuals as Band 1 for Private Wealth and he is noted as one of the world’s leading experts in Private Client practice by Who’s Who Legal 2017. In addition, he was listed as one of Singapore’s Top 40 Under 40 movers and shakers in Prestige (September 2017 Edition) and was also recognised by the Singapore Business Review 2015 as one of Singapore’s Top 40 most influential lawyers aged 40 and under.

My case is bigger than yours: A global litigation snapshot 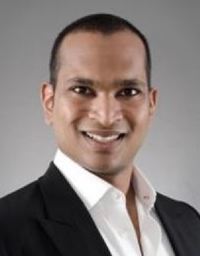