Full Name
David Sanger
Company
Author and Journalist
Speaker Bio
David Sanger is an author, a national security correspondent, and a New York Times senior writer. He began writing for the Times as a stringer when he was a student at Harvard, from which he graduated in 1982. In a 37-year reporting career for The New York Times, Mr. Sanger has served as Tokyo bureau chief, Washington economic correspondent, White House correspondent during the Clinton and Bush administrations, and Chief Washington correspondent. He has been on three teams that have won Pulitzer Prizes, most recently in 2017 for international reporting. David appears frequently on television news shows, is a member of the Council on Foreign Relations and the Aspen Strategy Group, and co-teaches “Central Challenges in American National Security, Strategy and the Press” at Harvard’s Kennedy School of Government.

He is the author of three best sellers on foreign policy and national security: “The Inheritance: The World Obama Confronts and the Challenges to American Power,” published in 2009, and “Confront and Conceal: Obama’s Secret Wars and Surprising Use of American Power,” published in 2012. His newest book, “The Perfect Weapon: War, Sabotage and Fear in the Cyber Age,’’ examines the emergence of cyber conflict as the primary way large and small states are competing and undercutting each other, changing the nature of global power. 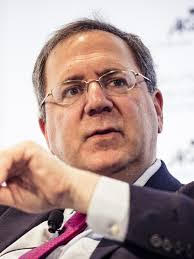