Full Name
Hon. Andrew Peck
Job Title
Senior Counsel
Company
DLA Piper
Speaker Bio
The Honorable Andrew J. Peck served for 23 years as a United States Magistrate Judge for the Southern District of New York, including a term as Chief Magistrate Judge from 2004 to 2005. Before his appointment to the bench, Judge Peck was in private practice for 17 years, focusing on commercial and entertainment litigation, including copyright and trademark matters, with extensive trial experience.

Among the honors he has received, American Lawyer named him to its list of the Top 50 Innovators of the Last 50 Years as its Judicial E-Discovery Innovator.
Speaking At
eDiscovery Bootcamp - Emerging Tech & Trends 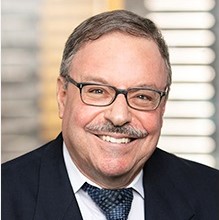