Prior to the federal court, she served as an At-Large Circuit Court Judge, including having responsibilities as the Chief Administrative Judge for General Sessions and Business Court for the Fifth Judicial Circuit of Richland and Kershaw Counties. Judge Childs also had the distinct honor
of gubernatorial appointments as a Workers’ Compensation Commissioner (2002-06) and as the Deputy Director for the South Carolina Department of Labor, Licensing and Regulation’s Division of Labor (2000-02), overseeing programs for Wages and Child Labor, OSHA, OSHA Voluntary Programs, Elevators and Amusement Rides, Migrant Labor, and Labor-Management Mediation. Judge Childs was formerly a partner with the law firm of Nexsen Pruet Jacobs & Pollard, LLP, in Columbia, South Carolina, where she practiced in the areas of employment and labor law and general litigation. Judge Childs is very active with various local, state and national bar organizations, as well as community organizations. She is a member of the American Law Institute, is on the council of the American Bar Association’s Section of Litigation, and currently serves as chair of the American Bar Association’s National Conference of Federal Trial Judges.

As a practicing lawyer and judge, she has lectured and served frequently on panels for topics regarding litigation and trial techniques, courtroom practices and procedures, discovery and expert witness issues, evidence, and various topics for new lawyers.
Speaking At
Cite Early! Cite Often! The 2019-2020 Cases That Every Practitioner Should Know 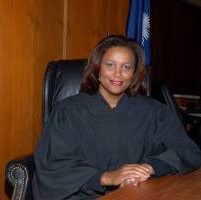