Having practiced information technology law for over 19 years, both in-house and within private practice, Paul has held senior legal positions at Baker & McKenzie, Pinsent Masons and Virgin Mobile Australia. He has dealt with a range of large customer and supplier IT agreements and related advice. Paul has taught law at several universities including LLM in IT. He holds a B.A/LLB, and a B.Com and is currently studying for his own LLMin IT.
Speaking At
Key Findings from the Fortune 500 - A Legal Ops Pioneer Reveals All 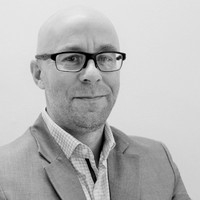