Jeremy Pickens, PhD is one of the world’s leading information retrieval scientists and a pioneer in the field of collaborative exploratory search, a form of information seeking in which a group of people who share a common information need actively collaborate to achieve it. Dr. Pickens has seven patents and patents pending in the field of search and information retrieval. As Principal Data Scientist at OpenText, Dr. Pickens has spearheaded the development of Insight Predict. His ongoing research and development focuses on methods for continuous learning, and the variety of real world technology assisted review workflows that are only possible with this approach. Dr. Pickens earned his doctoral degree at the University of Massachusetts, Amherst, Center for Intelligent Information Retrieval. He conducted his post-doctoral work at King’s College, London. Before joining Catalyst Repository Systems and later OpenText, he spent five years as a research scientist at FX Palo Alto Lab, Inc. In addition to his OpenText responsibilities, he continues to organize research workshops and speak at scientific conferences around the world.

Are you TAR? Who Cares. How to Focus on what a System Does Rather Than on What it is Called 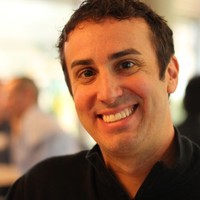