James Goodnow is Fennemore Craig’s President and Managing Partner. Nearly two decades after starting his career at our firm as a file clerk, he became the youngest known chief executive officer of a major law firm in U.S. history. He holds his JD from Harvard Law School and a management certificate from Harvard Business School.

James is known for his thought leadership at the intersection of law and business. He has been featured on the cover of The American Lawyer (“Meet the New Boss ... James Goodnow Shows What the Firm of the Future Might Look Like”), and ABA Journal named him one of “America’s Techiest Lawyers.” Apple profiled James on Apple.com and in a worldwide “Apple in Business” ad campaign. He is a contributor to Forbes and writes a legal innovation, leadership and management column for Above the Law. He is the co-author of Motivating Millennials, which debuted at #1 on Amazon in the business management new release category. He has appeared on or been covered by CNN, CNBC, Good Morning America, Today, Fox News, the Wall Street Journal, the Washington Post, Entrepreneur, Inc., and more.

Outside of the office, James serves on the board of directors for Make-A-Wish® Arizona and the National Kidney Foundation of Arizona. He is married to his high school sweetheart and is the proud father of two children.

With Over $1B in Venture Backed Capital, Could We be on the Verge of Another Tech Bubble? 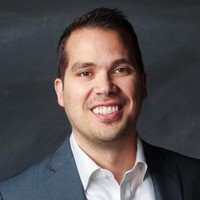