Brian McGovern is Mitratech’s Executive Director. In this role, Brian has worked with over 100 of the largest and best run legal departments in the world around their technology, process and people. Prior to Mitratech McGovern served as Senior Vice President, Chief Data Officer, Legal Operations at American International Group, Inc. where he led the transformation of the company’s legal operations department and played a critical role in creating the organization, processes and technology architecture that reduced AIG’s legal spend by over $1.2 billion dollars. In that, role, McGovern was the key business sponsor for the largest e-Billing Matter Management software roll out in the world, an industry leading innovator for legal reporting and analytics, data governance, business process management, and legal procurement.
Prior to legal operations, McGovern served as the company’s Vice President and Global Head of Implementation and Process Performance Management where he led cross-functional teams to dramatically improve business processes in multiple functional areas, including legal, information technology, procurement and human resources. Prior to AIG, McGovern served in executive-level positions with Merrill Lynch, GE and Credit Suisse.
McGovern has been honored with the ACC Value Champions Award in 2015 and by NY Law Journal as an Outstanding In-House Legal Department. He is a Lean Six Sigma Master Black Belt, and holds two patents with the United States Patent Office. In his spare time, he serves a variety of non-profits in his community 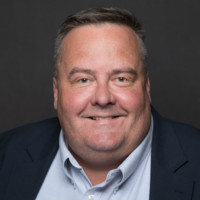