Ilona Logvinova is a graduate of Columbia University (where she was a joint major in Economics and Philosophy) and received her BA in 2007, and of the Benjamin N. Cardozo School of Law where she was a Dean’s Merit Scholar and received her J.D. in 2011. During law school, Ilona worked within the in house legal groups at COACH, CHANEL and JPMorgan Chase. Following law school, Ilona started her career as an Investment Bank Legal & Compliance Associate at JPMorgan Chase, and then moved to private practice at Hunton & Williams LLP, followed by 4 years as a corporate associate at Fried, Frank, Harris, Shriver & Jacobson LLP (specializing in leveraged finance). Ilona is currently Senior Counsel with the Enterprise Partnerships group at Mastercard. 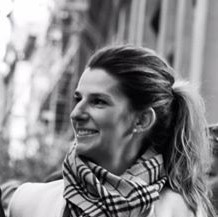