Carrie Parikh is Chief Operating Officer at the New Jersey Office of Information Technology. She also serves as the State’s first Chief Privacy Officer. She is responsible for setting up and administering New Jersey’s first privacy program. Prior to this, she was Vice President, Legal at Wyndham Hotel Group. In this role, Carrie provided vision, leadership, and direction to attorneys, paralegals and privacy professionals, and worked closely with executive leadership Prior to her position as VP, Carrie was Senior Counsel, Lead Global Privacy and Data Security where she managed the company’s global privacy and data security program. Before joining Wyndham, Carrie was a Claims Manager for Technology, Media and Business Services claims at Beazley where she handled complex E&O claims in the tech and media world as well as privacy and health care breaches. Carrie began her legal career as associate at Manfredi & Associates, a small law firm in Hoboken where she practiced housing law representing many of New Jersey’s Public Housing Authorities. After a federal judicial clerkship with the Honorable Esther Salas (D.N.J.), she spent six years as an associate at DLA Piper, a large New York City law firm, where she focused on complex commercial litigation with an emphasis on insurance and securities law. Carrie received her B.A. from Syracuse University and J.D. from Rutgers University-Newark. During law school Mrs. Parikh was named an Eagleton Institute of Politics Graduate Fellow. She is admitted to practice law in the states of New York and New Jersey. In 2013, Carrie was named as a Super Lawyers, Rising Star for the metro New York area. In 2016 she served as a delegate at the Democratic National Convention. Carrie is a recent Glass Leadership Institute Fellow graduate with the Anti-Defamation League. She regularly speaks across the US on privacy and data security topics. She has been featured in Modern Counsel Magazine and received several honors and awards as a lawyer and privacy professional.

401 Data Breach Investigation: What You Need to Know and How to Protect Yourself 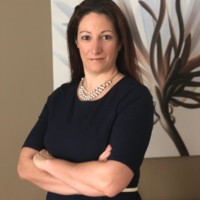