During her career at LexisNexis, Char has won multiple awards in consulting. She served as a Corporate Legal Region Council Member from 2011 to 2013, and was a LexisNexis Circle of Excellence winner in 2014, 2015 and 2016. She has served as Chicago’s LexisNexis Cares Champion since 2010, and was selected by Reed Elsevier leadership in 2013 for the Recognizing Those Who Care award based on her philanthropic work in Chicagoland.

Char has a long record of volunteerism with the groups such as PILI, Pro Bono Advocates and the Veterans Legal Support Center at the John Marshall Law School. She also has served on the Illinois Supreme Court Commission on Professionalism’s CLE working group, and had the privilege of serving as an Illinois Human Rights Commissioner from 2017-2018. Char currently serves as a Park Ridge Public Library Trustee and as a Commissioner on the Illinois Volunteerism and Community Service Board.

Char graduated from Indiana University School of Law – Bloomington in 1997 with honors, where she was a member of the Indiana Law Journal editorial staff.
Speaking At
Metrics, Data, Analysis - How Legal Can Show Value In Advancing The Business 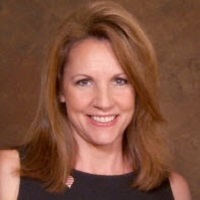