Director of Duke Science & Society, the Duke MA in Bioethics & Science Policy, and a Professor of Law & Philosophy

Nita A. Farahany is a leading scholar on the ethical, legal, and social implications of biosciences and emerging technologies, particularly those related to neuroscience and behavioral genetics. She is the Director of Duke Science & Society, the Duke MA in Bioethics & Science Policy, and a Professor of Law & Philosophy.

In 2010, Farahany was appointed by President Obama to the Presidential Commission for the Study of Bioethical Issues, and continues to serve as a member. Her recent scholarship includes "Searching Secrets," 160 U. Penn. L. Rev. 1239 (2012) which explores the descriptive potential of intellectual property law as a metaphor to describe current Fourth Amendment search and seizure law and predict how the Fourth Amendment will apply to emerging technology. A related article, "Incriminating Thoughts," 64 Stanford Law Review 351 (2012) demonstrates through modern neuroscience applications the need to redefine the taxonomy of evidence subject to the privilege against self-incrimination. She also is the editor of The Impact of Behavioral Sciences on Criminal Law (Oxford University Press), a book of essays from experts in science, law, philosophy, and policy.

Farahany presents her work widely including to audiences at the Judicial Conferences for the Second and Ninth Circuits, the National Judicial College, the American Association for the Advancement of Science, National Academies of Science Workshops, the American Academy of Forensic Sciences, the National Association of Criminal Defense lawyers, the American Society for Political and Legal Philosophy, and by testifying before Congress. She is an elected member of the American Law Institute, chair of the Criminal Justice Section of the Association of American Law Schools , on the Board of the International Neuroethics Society, and the recipient of the 2013 Paul M. Bator award given annually to an outstanding legal academic under 40.

She received her AB in genetics, cell, and developmental biology at Dartmouth College, a JD and MA from Duke University, as well as a PhD in philosophy; her dissertation was entitled "Rediscovering Criminal Responsibility through Behavioral Genetics." Farahany also holds an ALM in biology from Harvard University. In 2004-2005, Farahany clerked for Judge Judith W. Rogers of the U.S. Court of Appeals for the D.C. Circuit, after which she joined the faculty at Vanderbilt University. In 2011, Farahany was the Leah Kaplan Visiting Professor of Human Rights at Stanford Law School.

Keynote – The Future of Law: Finding Your Footing in Uncharted Waters 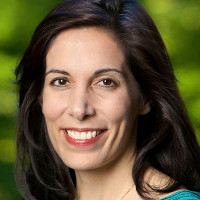