Adams began her career in government and politics. She got her start on statewide campaigns in her home state of Alabama before moving to D.C. to work for Congressman Bobby Bright (AL) and Congresswoman Terri Sewell(AL). After years in government, she moved into public affairs and media first at Burson-Marsteller where she served on the Global CEO’s team then at POLITICO where she managed the POLITICO Live team.

Carrie is a graduate of the University of Alabama, a native of Montgomery, Alabama and currently resides in New York City.
Speaking At
Roundtables 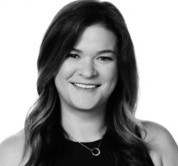