In the early 1990s, after holding a position as Manager of Government Relations with the New York based American Association of Exporters and Importers (AAEI), Jonathan took up a consulting opportunity based out of Jakarta, Indonesia where he served as Export Marketing Advisor to the senior management of PT Argo Pantes, Integrated Textile Industries, one of Asia’s largest fully integrated woven textile mill manufacturers. While with Argo Pantes, flagship company of the annual $2 billion dollar Argo Manunggal Group conglomerate, Jonathan worked with the firm’s senior management to resolve and successfully negotiate several technical international trade matters including two anti-dumping cases filed against the company by the European Union (EU) and two high volume multi-million dollar technology licensing manufacturing agreements. In addition, he was in charge of developing and implementing a corporate market diversification plan that resulted in approximately ten million dollars of new textile exports into regional Asian markets in its initial year of implementation

In 1996, Jonathan founded IndoAsean Trade Inc., an international trading company specialized in extending and rationalizing the SE Asian textile and apparel supply chains for several U.S. and regional Asian based textile importers and manufacturers. While heading up IndoAsean Trade Inc, his firm brokered the export of high-volume container loads amounting to over $5 million dollars per year of textile raw materials from manufacturers in Indonesia and SE Asia. In late 1998, at a time when SE Asian markets were undergoing financial turmoil, he relocated from SE Asia to his company’s U.S. based office in San Antonio, Texas and pursued a strategy of diversification and expansion into non-textile related consulting services focused on assisting small and medium sized US manufacturers in a wide range of industries to expand operations in the global market.

In 2007, the company was formally restructured and re-opened as TSI Global Consulting, LLC. Jonathan steered the practice into several new areas of consulting including advising U.S. exporters on export compliance with the US Export Administration Regulations or “EAR” (15 CFR Parts 730-774) as well as the International Traffic in Arms Regulations or “ITAR” (22 CFR Parts 120-130). In recent years, Jonathan has refined his expertise and developed a significant client portfolio advising the senior management of over fifty US manufacturers and exporters in the five to fifty-million-dollar annual revenue range spanning various export-controlled sectors including military aerospace, strategic alloys, semiconductors, machine tools, information technology and electronic components. His core practice specializes in providing guidance and management training on complex EAR and ITAR related export compliance and licensing cases.

In addition to managing TSI Global Consulting, he currently serves on the adjunct faculty at both San Antonio College and the University of the Incarnate Word where he teaches undergraduate courses in macro and micro economics. Over the years, he has also served on the faculty of economics at Palo Alto College (2003-2007), Troy University (2010-2012) and has held graduate level adjunct teaching positions in international business at St. Mary’s University.
Jonathan has presented papers at several national and regional conferences including the Academy of Economics and Finance (AEF) and Association of Social Economics (ASE) on topics related to industrial upgrading and economic development in Southeast Asia and Latin America. In September of 2007 he was invited as a guest of the Mayor of Brisbane, Australia to serve as a speaker on a high-level panel of internationally renowned experts that included senior U.S. government officials, at the Asia Pacific Cities Summit (APCS) in Brisbane, Australia.

Jonathan holds a master’s degree in international economics from Boston University (1988) and a bachelor’s degree in economics from the University of Richmond (1986). He is also ABD status (all but dissertation) having completed coursework towards a Ph.D. in Economic Development at the University of Southern Mississippi. He is conversant in both Indonesian and Spanish. In his spare time, he enjoys biking as well spending time outdoors in the Texas hill country studying deep space objects as an amateur astronomer.
Speaking At
Tariffs, Trade Wars & the Global Supply Chain 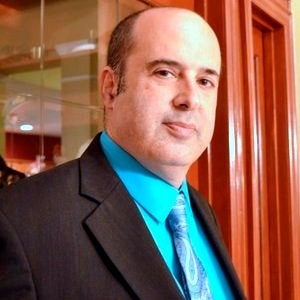