Full Name
Dominik Engel
Job Title
Regional Senior Legal and Integrity Counsel
Company
ABB
Speaker Bio
Dominik Engel completed his English law studies at University of Warwick, School of Law in Coventry, United Kingdom, where he was awarded the academic degree with Distinction in English Constitutional, Contract, and Business Law. Dominik Engel obtained his degree Master of Laws from the University of Konstanz in 2005 and is admitted to the German Bar from 2007 after finalization of his legal clerkship at the OLG Stuttgart, Ministry of Justice of Baden Wuerttemberg in Germany. In 2017 he graduated from the Warwick Business School (WBS) in combination with Hochschule St. Gallen, St Gallen, Switzerland and Boston University, Boston, USA where he was awarded the degree Master of Business Administration (MBA) with Merit.

During his legal clerkship in 2007 he worked as EU-referent for the German Federation of Industries in Bruxelles, Belgium gaining in-depth knowledge of International and EU law. He started his career in the Project Management Consulting Company THOST Project Management in Germany and worked in the field of construction law and litigation, corporate and commercial law, where he worked on projects in Middle East, Russia and Germany. 2010 he joined the German Multi-National Company of Giesecke & Devirent as legal adviser and compliance officer heading Middle East & Africa region from regional HUB in Dubai where he was among other responsibilities coordinating and ensuring the legal support of their offices in Egypt, Nigeria, Angola, Ghana, South-Africa, Botswana and Iraq. Currently he is the Regional Senior Legal and Integrity Counsel at ABB in charge of the Power Grids Division in Middle East. He is part of ABB’s global Digital Center of Excellence, with special interest in Blockchain, Artificial Intelligence and Legal Technology. 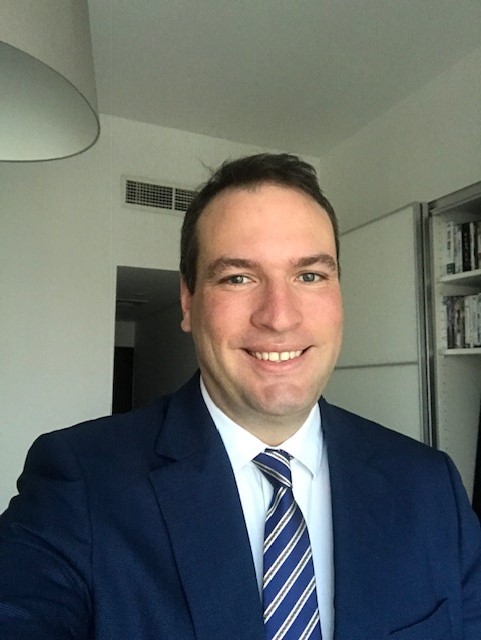