Full Name
Wafa Derouiche
Job Title
Director Legal Compliance - Europe, Middle-East & Africa
Company
TE Connectivity
Speaker Bio
Wafa Derouiche currently serves as a Director of Legal Compliance (Compliance Counsel) for Europe, the Middle-East and Africa (EMEA) at TE Connectivity. Since June 2016, Wafa has been part of the Ethics & Compliance team, responsible for the compliance activities, initiatives and program for the EMEA region based in Dubai reporting to the VP, Chief Compliance Officer and works extensively with TE Ombudsman on the investigation program as well as the training plan for the region she covers.
Wafa joined TE Connectivity in June 2014 and through May 2016, Wafa served as a Senior Regional Counsel for the Middle-East and Africa at TE Connectivity supporting all Business Units and Segments at TE. In this role, Wafa had a commercial role as well as a compliance component and supported the divestiture of the Broadband Network Solutions Business to CommScope company.
Prior to joining TE, Wafa served as a Regional Counsel for the Middle-East at Tyco International from January 2011 through September 2012 and as Regional Commercial and Compliance Counsel for the Middle-East and Africa at Pentair after the merger with Tyco Flow Control from September 2012 through May 2014.
Prior to moving in-house, Wafa combined a private practice experience as well as a banking experience in Dubai, Singapore, France and London.
Wafa is admitted to the Tunisian Bar and holds a Bachelor degree in Civil Law from The Faculté des Sciences Juridiques, Politiques Et Sociales de Tunis (FSJPST) and a dual Master’s Degree in Common Law from the FSJPST & Dickinson Law School, Pennsylvania. In addition, Wafa holds a Diploma in International Compliance from the International Compliance Association and Manchester Business School and is an Associate of the Australasian Compliance Institute.
Wafa received the Award of the best Middle-East Legal Counsel for 2013 from the Corporate Counsel Middle-East Organization & Legal Week and the Mansion House Award granted by the Lord Mayor of London for the year 2005
Speaking At
Interactive Breakout Sessions 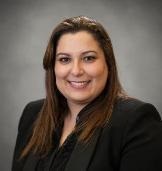