Full Name
Amna Al Owais
Job Title
Chief Executive and Registrar, DIFC Courts
Company
Chief Executive Officer, Dispute Resolution Authority
Speaker Bio
Amna Al Owais is currently the Registrar of the DIFC Courts and oversees operations and quality
management, supervising the Courts’ Judicial Officers and Registry personnel, as well as the delivery
of a comprehensive suite of court public services.
In addition to her role as Registrar of the DIFC Courts, Amna is also Registrar of the Special Tribunal
Related to Dubai World, Chairwoman of the DIFC Courts’ Users’ Committee and a member of the
Consulting Council for the University of Sharjah College of Law. In 2014, Amna was appointed to the
Advisory Board of the International Bar Association’s Access to Justice and Legal Aid Committee.
In 2014, Amna was selected to join the Mohammed Bin Rashid Centre for Leadership Development
(MBRCLD) – the Young Leaders category, and furthermore in 2018 after the relaunch of the MBRCLD,
under the Dubai Executive Office and after an extensive selection process, Amna was selected to join
the first batch of the MBRCLD Impactful Leaders Programme. Amna successfully graduated in
December 2018.
Amna has played a key part in the establishment and development of the DIFC Courts and creation of
the Dispute Resolution Authority in 2014. She also spearheaded the establishment of the DIFC Courts’
Pro Bono Programme, launched in 2009, which is the first scheme of its kind in the Middle East. In
2011 Amna was recognised by the International Bar Association as one of the Top 3 young lawyers in
the world and was listed in the Top 50 Most Influential Women in the Arab World and in the Top 100
Influential People Helping to Shape the Emirate of Dubai by Arabian Business in 2018. Amna was also
awarded Legal Services CEO of the Year at the Arabian Business CEO magazine Awards in 2018 and
listed among the Top 30 Most Influential Women in the Arab World by Arabian Business magazine in
2019.
Previous to her employment at the DIFC Courts, she practiced as a lawyer in the litigation department
with Hadef Al Dhahiri and Associates now known as Hadef & Partners. Amna holds a Bachelor’s Degree
of Law from the University of Sharjah and obtained a Masters (LLM) with Commendation in
International Commercial Law from Kingston University, London.
Speaking At
Courts & Tribunals of the Future: How Tech will disrupt the Litigation Landscape 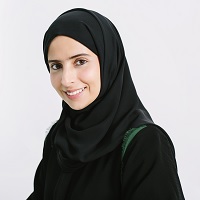