Carolyn was admitted to legal practice over 25 years ago (in 1994), and has specialised in privacy law and compliance for almost 20 years. Before joining Rio Tinto in 2011, Carolyn’s privacy work included over 10 years at Gilbert + Tobin Lawyers in Sydney, advising privacy clients across many different industries – from telecommunications to health, from financial services to retail, from energy to media.
Carolyn’s other speciality was in media and broadcasting law, and she was previously General Counsel and Company Secretary at Macquarie Southern Cross Media (now Southern Cross Austereo). This meant she could watch a lot of trashy TV and claim this was ‘for work’.

Carolyn was the founding Chair of the Law Council of Australia's Privacy Law Working Party (now the Privacy Law Committee) and was also a board member of iappANZ (International Association of Privacy Professionals – ANZ). Carolyn is good at giving privacy advice to other people but isn’t so good at heeding her own advice – she still uses Facebook and sent her DNA to Ancestry.com.
Speaking At
Privacy Panel Session: Navigating The Changing Landscape of Privacy 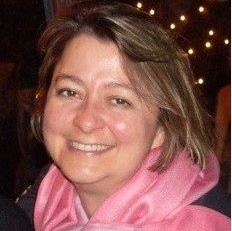