Full Name
Alex Saleh
Job Title
Partner & Head of Private Equity
Company
Al Tamimi & Company
Speaker Bio
Alex Saleh is a Partner and the Head of Private Equity, with over 20 years of both MENA and US experience, he has accumulated sizable expertise in the areas of banking & finance, mergers & acquisitions and large-scale infrastructure projects. Establishing the Kuwait office of Al Tamimi & Co in the fall of 2009 with only 3 lawyers, Alex has since grown the office to over 20 lawyers.

He represents the majority of the financial institutions based in the State of Kuwait in all facets, including basic bilateral facility agreements, syndicated loan transactions (conventional and Sharia-compliant) and project finance. Within the banking arena, he has developed strong and professional relationships with most of the lenders he represents as well as the relevant banking and investment regulatory bodies. He has also been involved in many of the large bond and Sukuk Debt Capital Market transactions in Kuwait.

In the corporate arena, Alex has closed on a significant number of MENA-based merger & acquisition deals in various industries including energy, pharmaceuticals, finance, communications and aviation. He has also represented many private equity groups in many of these acquisitions developing and building a good relationship with them over the years.

In addition, Alex has also been involved in most of Kuwait’s large infrastructure projects such as power generation plants, water desalination plants and wastewater projects, in the context of both public private partnerships and more traditional structures. On various transactions, he has alternatively represented the State of Kuwait, private sponsors and project lenders depending on the particular deal. 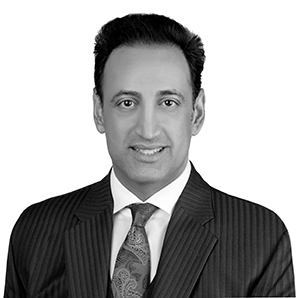